“Taking the place of Jay Hunter Morris, who withdrew from the run for personal reasons, the clarion, sensitive tenor AJ Glueckert had a solid Met debut as Erik, the earnest huntsman who loves Senta.”
Anthony Tommasini, New York Times, April 26, 2017 - Erik in 'Der fliegende Holländer' at the Metropolitan Opera

Tenor AJ Glueckert has been praised by the New York Times for his “clarion, sensitive tenor.” In the 2019-2020 season, he returns to Oper Frankfurt as Lyonel in Martha and Herodes in Salome. AJ also makes his house and role debuts at Dutch National Opera as Der Kaiser in Die Frau ohne Schatten and the title role in Lohengrin at Tiroler Festspiele Erl. Concert appearances include Mahler Symphony No. 8 with the City of Birmingham Symphony Orchestra conducted Mirga Gražinytė-Tyla and Haydn Die Schöpfung with Frankfurter Opern und Museumsorchester conducted by Sebastian Weigle. 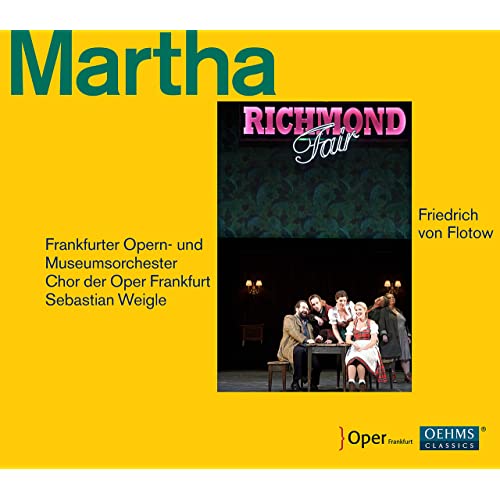 “AJ Glueckert, a member of the ensemble since this season, is thrilling as Lyonel with a bright lyric tenor, which has long been absent at the Frankfurt Opera. Wonderfully even, free and easy, he shapes the aria “Ach so fromm” and exudes in full strength with a round, soft intensity.”
Christiane Francke, Opernnetz, October 18, 2016 - Lyonel in 'Martha' at Oper Frankfurt
“A.J. Glueckert, another debut artist, displayed a gleaming, effortless tenor sound and he did not shy away from the high lying vocal writing that Dvorák gives to the Prince.”
George Dansker, Opera News, February 2015 - Prince in 'Rusalka' at New Orleans Opera
Related Articles

Mahler’s Symphony of a Thousand with CBSO, Mirga Gražinytė-Tyla and AJ Glueckert