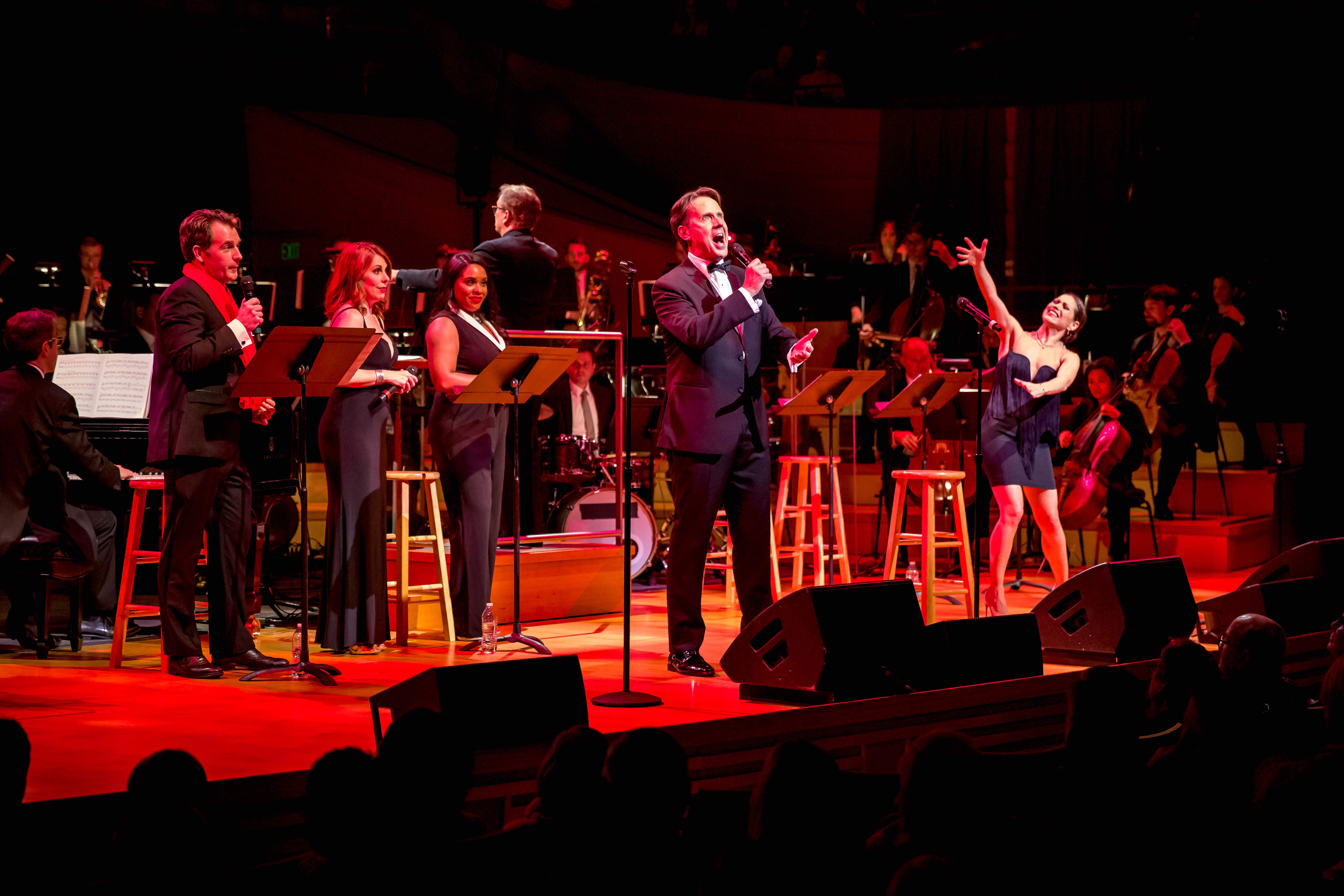 The Kansas City Symphony presented 3 performances of CHICAGO The Musical – In Concert conducted by Rob Fisher featuring a spectacular Broadway cast in January. Here is what people had to say:

"My guests and I thought that this was the classiest production we have ever seen at the Symphony. I have seen Chicago on Broadway 3 times, and this was by far my favorite performance of it I have ever experienced."
—  Kansas City Symphony Pops Subscriber

"From a programming perspective, Chicago [The Musical] in Concert initially seemed like a calculated risk – we didn’t have a track record of presenting musicals and in market full of touring Broadway series, we didn’t know if a concert version would be ‘enough’ for our audience in our hall.  But given the quality of the package Columbia Artists put together—from world-class artists on stage, to the re-imagined script, to the wonderful orchestrations from Bill Elliott, to the warmth and precision achieved between our orchestra and Rob Fisher, all backed up by a stellar production team—this program was an absolute win for the Kansas City Symphony.  So many things work about this production.  Chicago [The Musical] in Concert is fun, nostalgic yet fresh and will appeal to anyone who loves music and theatre at the highest level – not just those who know this specific show.  If you want your audience to experience the best-of-the-best on your pops series, book this show." —  Emma Kail, General Manager of the Kansas City Symphony