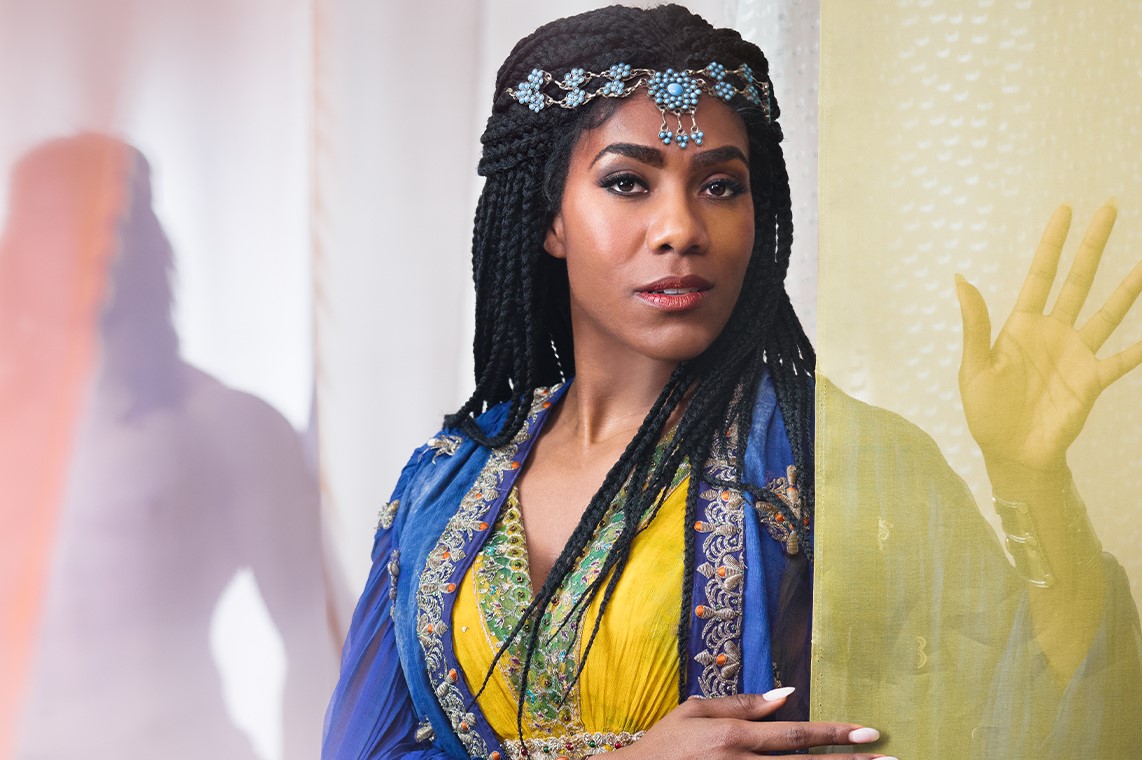 On March 1st, J’Nai Bridges debuted the role of Delilah in Washington National Opera’s new production of Saint-Saëns’s Samson and Delilah. J’Nai will continue to thrill audiences at the Kennedy Center through March 21st.

‘Samson and Delilah’ has old-school opera style and strengths

"Her instrument and talent were striking. Her singing showed more power than delicacy: her low notes were great, elemental things, seeming to roll through the auditorium, her high range all sharply milled gunmetal."

Samson and Delilah. Modern technicals make this rarely seen story “an opera for the senses”

"The statuesque Bridges brings not only her physical charms and seductive beauty to this role but her exceptional dark full sound that is exactly suited to one of the canon’s greatest mezzo roles. She plays the character’s different colors exceedingly well."

Washington National Opera’s SAMSON AND DELILAH at the Kennedy Center

"Bridges may be the people's opera star: It was the first time I had seen bouquets for the star thrown from the audience instead of brought out by ushers..."