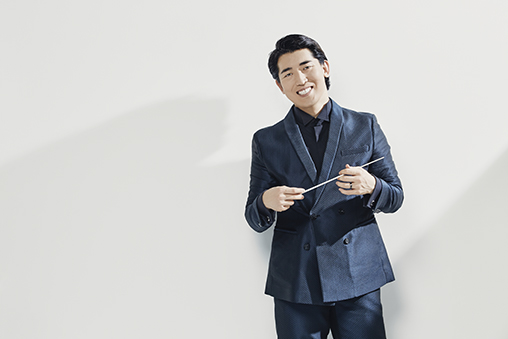 Keitaro Harada has been appointed Associate Conductor of the Tokyo Symphony Orchestra for a three year tenure beginning in April 2021.

Harada made his Tokyo Symphony Orchestra debut in November 2016 conducting a festive program featuring Dvorak's Symphony No. 9 and Gershwin's Rhapsody In Blue. The immediate chemistry between Harada and the orchestra has resulted in fifteen collaborations, ranging from subscription and educational concerts, to national television appearances over the past four seasons. Since the pandemic, Harada has lead the orchestra and moderated two live-streamed concerts to bring music and happiness to the over 12,000 viewers.

Harada's inaugural subscription series as Associate Conductor of TSO will take place in April 2021— featuring Shostakovich’s Symphony No. 10. He will conduct six subscriptions series a season with a focus on introducing contemporary repertoire.

Tokyo Symphony Orchestra was founded in 1946 and is one of the leading orchestras in the nation. TSO has performed over 160 performances annually and is led by Music Director Jonathan Nott.