Mahler’s Symphony of a Thousand with CBSO, Mirga Gražinytė-Tyla and AJ Glueckert 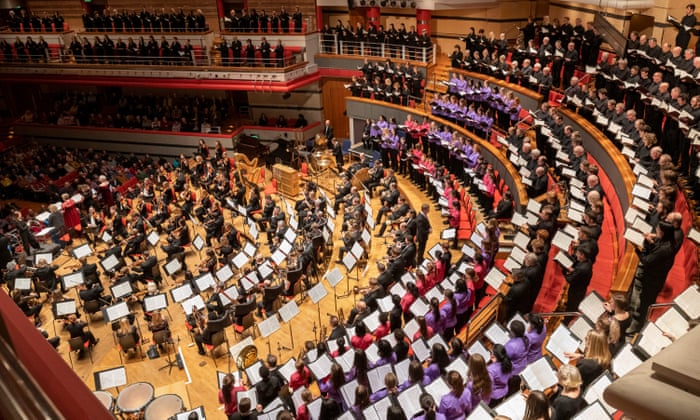 Last week, Mahler’s gigantic Eighth Symphony, Symphony of a Thousand, was performed by the City of Birmingham Symphony Orchestra under Mirga Gražinytė-Tyla featuring tenor AJ Glueckert to celebrate the one-hundredth birthday of CBSO.

"…it was impossible not to be impressed...Mid-way through a Mahler symphony cycle, the conductor brought tremendous energy to his Eighth, with the female soloists, particularly, glorious."

"Gražinytė-Tyla was in command throughout. No amount of drama (and every phrase had its due) detracted from a genuinely symphonic sense of purpose."

"Amidst all the sound, fury and sublimity was Mirga Gražinytė-Tyla, a petite oasis of calm amidst the storm, who marshalled the massive forces splendidly. She was never afraid to explore the extremes of tempo and volume or to hold and caress a phrase – supported magnificently by the orchestra."

"…there could be few more convincing or well-prepared performances than this one under the orchestra’s principal conductor, Mirga Gražinytė-Tyla, a musician who has proved herself absolutely the equal of her illustrious predecessors Rattle, Nelsons and Oramo."