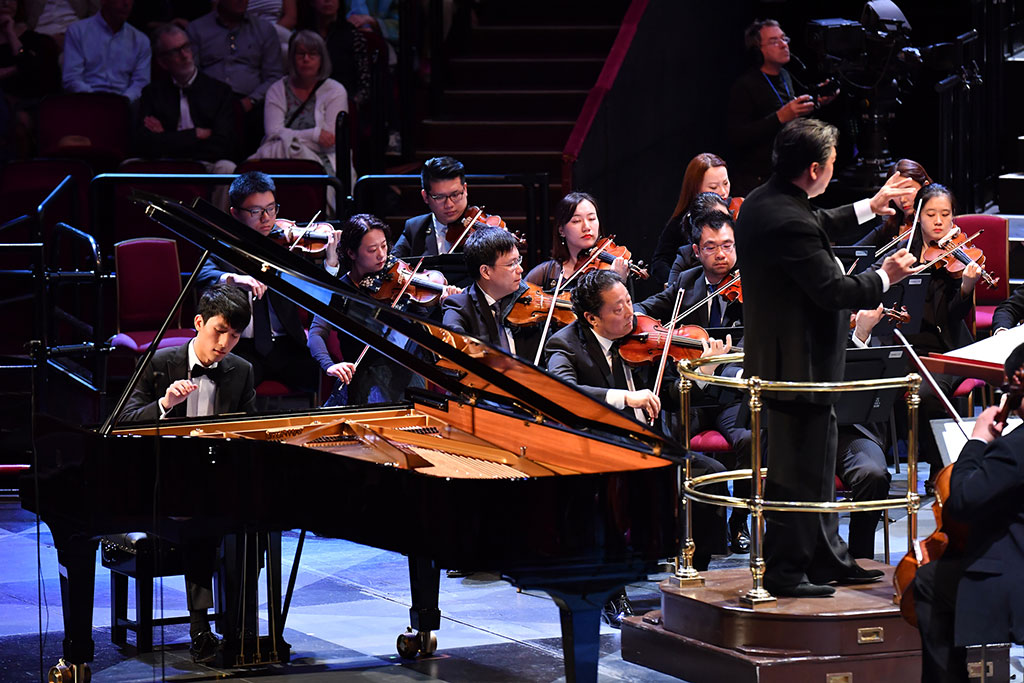 Eric Lu, winner of the 2018 Leeds Competition made his much-anticipated debut at the BBC Proms on Sunday with the Shanghai Symphony Orchestra and Long Yu. You can listen again to their interpretation of Mozart’s Piano Concerto No. 23 in A major K. 488 on the BBC iPlayer. In the words of one reveiwer, “[Lu] is a supremely musical interpreter of Mozart.” (Seen and Heard International)

Following on Eric’s live recording of the Leeds semi-final and final, which included Beethoven’s Piano Concerto No. 4, Warner Classics has signed Eric as an exclusive recording artist. The next album will contain works by Chopin, Brahms, and Schumann. BBC Music Magazine wrote about his first recroding:

"With a truly beautiful tone, an innate understanding of the music’s structure, flow and emotional drives and a warm, genuine, unaffected way of shaping the phrases, it sounds as if he has a wise head on young shoulders"

Highlights of Eric’s 2019-20 season include debuts with the BBC Symphony, Detroit Symphony, St Petersburg Philharmonic, and Kansas City Symphony; alongside returns to The Hallé, Warsaw Philharmonic, and Swedish Chamber Orchestra. He will also tour the U.K. tour with the Orchestre National de Lille, and give recitals at the Elbphilharmonie, Wigmore Hall, Amsterdam Concertgebouw, BOZAR Brussels, Philharmonie Luxembourg and Gewandhaus Leipzig.